Congratulation to Andre Wang and Samuel Alsop who were the recipients of the 2017/18 UWA Vacation Awards in Chemistry and Biochemistry.

In Andre’s words on the description of his project,

"Mitochrondria are one of the most viral organelles in eukaryotic organisms such as humans and plants.

Originating from an endosymbiotic event and the subsequent loss of genes to the nucleus, thousands of mitochondrial proteins are thus required to be imported from the cytosol (Dudek et al., 2013).

These proteins have highly specialised mechanisms and utilise several receptors and transporters located in the mitochrondrial membranes. Recent studies suggest that several of these transporters are key regulators in controlling the rate of transport and thus mitochondrial function (Wang et al., 2013).

The Murcha lab within the School of Molecular Sciences have generated a range of Arabidopsis thaliana transgenic lines that overexpress certain key protein transporters such as Tim17, Tim22 and Tim23 from 2-10 fold. The functionality of this overexpression will be tested.

By isolating mitochondria from these lines, protein uptake ability can be assessed and quantifiably measured. Furthermore, a range of substrates can be investigated to identify the consequences of manipulating these transporters on the various known protein import pathways.

This project aims to therefore identify key regulators of protein uptake ability in plant mitochondria. This will elucidate targets that can be used to regulate mitochondrial biogenesis and activity resulting in plants with bigger biomass, faster growth and resistance to a range of environmental stresses.”

Samuel describes his project as follows,

“The project will involve investigating a biosynthetic gene cluster in the wheat pathogen Parastagononspora nodorum, using a variety of biochemical techniques. P. nodorum is the fungus responsible for Septoria nodorum blotch, and it is believed that it produces a number of secondary metabolites which contribute to its virulence.

As with other fungi, many of the biosynthetic gene clusters that produce these secondary metabolites are transcriptionally silent under normal growth conditions.

The aim of the project is to heterologously express genes in a biosynthetic gene cluster to produce intermediates and products of a biosynthetic pathway that has been shown to be expressed exclusively during infection of the host plant.

This will allow for the identification of the compounds using LC-MS and NMR spectroscopy. This will hopefully improve our understanding of the role that the secondary metabolite produced by this pathway may play in virulence, as well as providing insight into how it is synthesised by the fungus.

This project will be a continuation of work on this gene cluster conducted in a research project for BIO3003/BIO3005 throughout semester 2.” 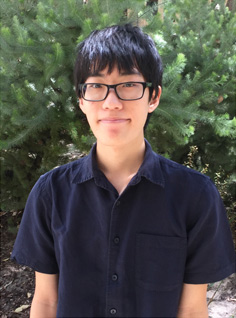