Under specified test conditions, when a sample is heated to the temperature called flash point, the sample vapor and air mixture are ignited instantly. Flash Point is one of the indicators for the evaluation of a materials' combustion tendency. If the flash point Is low, the combustion risk would be high. As for transport and safety regulation, flash point is used for the classification of "flammable liquids". Also, flash point is used for quality control index or determining the existence of highly volatile or flammable substances in relatively nonvolatile or nonflammable matter, e.g. lubricant mixed with a small amount of diesel or gasoline.

After every ignition, the proper volume of air goes into the test chamber to supply the next ignition with oxygen to burn. The pressure in the unsealed closed test chamber should be ambient atmospheric pressure, except during the short period of air introduction and the time when the flash point is achieved. The pressure increase comes after discharge of air, so each time after the air discharges, the chambers pressure is higher than ambient atmospheric pressure. When the pressure increase exceeds the specified limit, this is recorded as the flash point temperature (which has not been corrected). 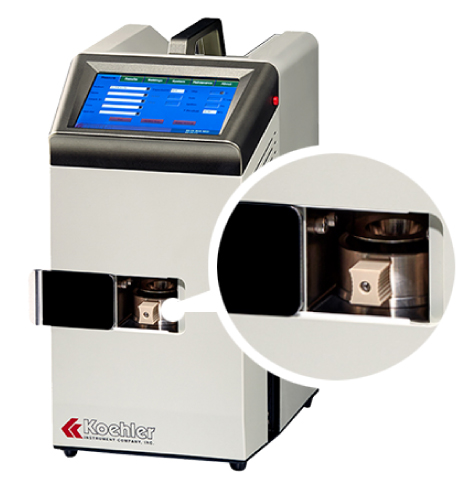